Baytec ENC-30P is a 300-molecular-weight polypropylene oxide-based triol. It is typically used in the production of insulation subjected to high thermal load, e.g., pin insulators.

Baytec ENC-88 is a polymeric diphenylmethane diisocyanate (PMDI) that is used in the manufacture of polyurethane encapsulants, binders, adhesives, and elastomers.

Baytec ENC-140P is an epoxy-modified polypropylene oxide-based triol. It is used as the hydroxy co-reactant in the production of hard, tough polyurethane elastomers with excellent long-term high-temperature resistance. With Baytec ENC 88 isocyanate, a rigid elastomer is obtained that is capable of withstanding a temperature of 140°C for an extended period of time. Other polyisocyanates or isocyanate terminated prepolymers may also be employed to produce solid elastomers of varying hardness with good temperature resistance. Typical applications include the encapsulation of electrical components, including those subjected to extreme heat.

Baytec ENC-340P is a 3,000-molecular-weight polypropylene oxide-based triol. This triol and Baylith T or L Paste are used with Baytec ENC-88 isocyanate to produce cured polyurethane for cable-joint-sealing compounds. When admixed with other polyols, such as Baytec ENC-55P polyol, it serves as a flexibilizer.

Baytec ENC-5003 is a low functionality polymeric diphenylmethane diisocyanate (pMDI) with a moderately high 2,4 ’-MDI isomer content. It can be used in the production of cast urethanes for encapsulation of electrical components. It is also useful in adhesive applications calling for urethane bonding agents. 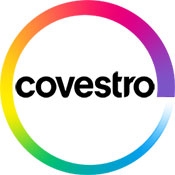 Covestro is a world-leading manufacturer of high-tech polymers and innovative solutions for coatings, adhesives and polyurethane systems for use in a broad range of markets such as transportation, construction, electronics, furniture, sports equipment and textiles. Its products and application solutions are nearly everywhere in modern life. With its innovative strength the company is constantly coming up with new developments which benefit society and the environment.